EAA’s Ford Trimotor will be at KMDQ, Huntsville Executive Airport, from Thursday, May 4- Sunday, May 7th. You can tour it and/or buy a ticket to fly on the historic airplane.  The schedule for Trimotor stops and purchase of advance tickets is on EAA’s website. The history of the EAA’s Trimotor  is colorful, beginning in 1929 with its first flight. It was used as a passenger aircraft for Eastern Air Transport (later Eastern Airlines) and Cubana Airlines, a crop duster, for aerial firefighting, appeared in a movie, and was used by the government of the Dominican Republic. It suffered damage in a thunderstorm and it took 12 years to restore it to its current condition. It was the 76th of 199 Trimotors built and there are only an estimated eight still flying. 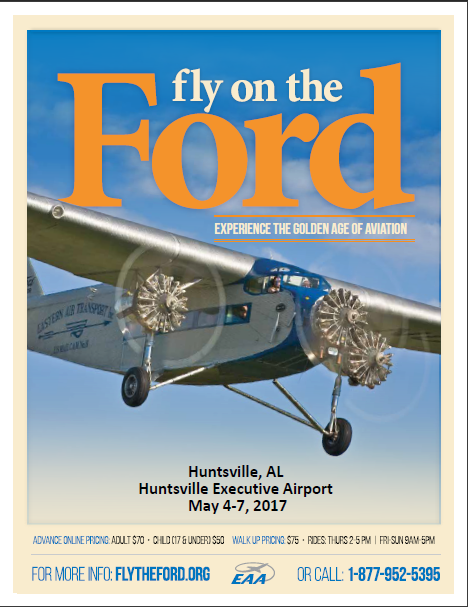